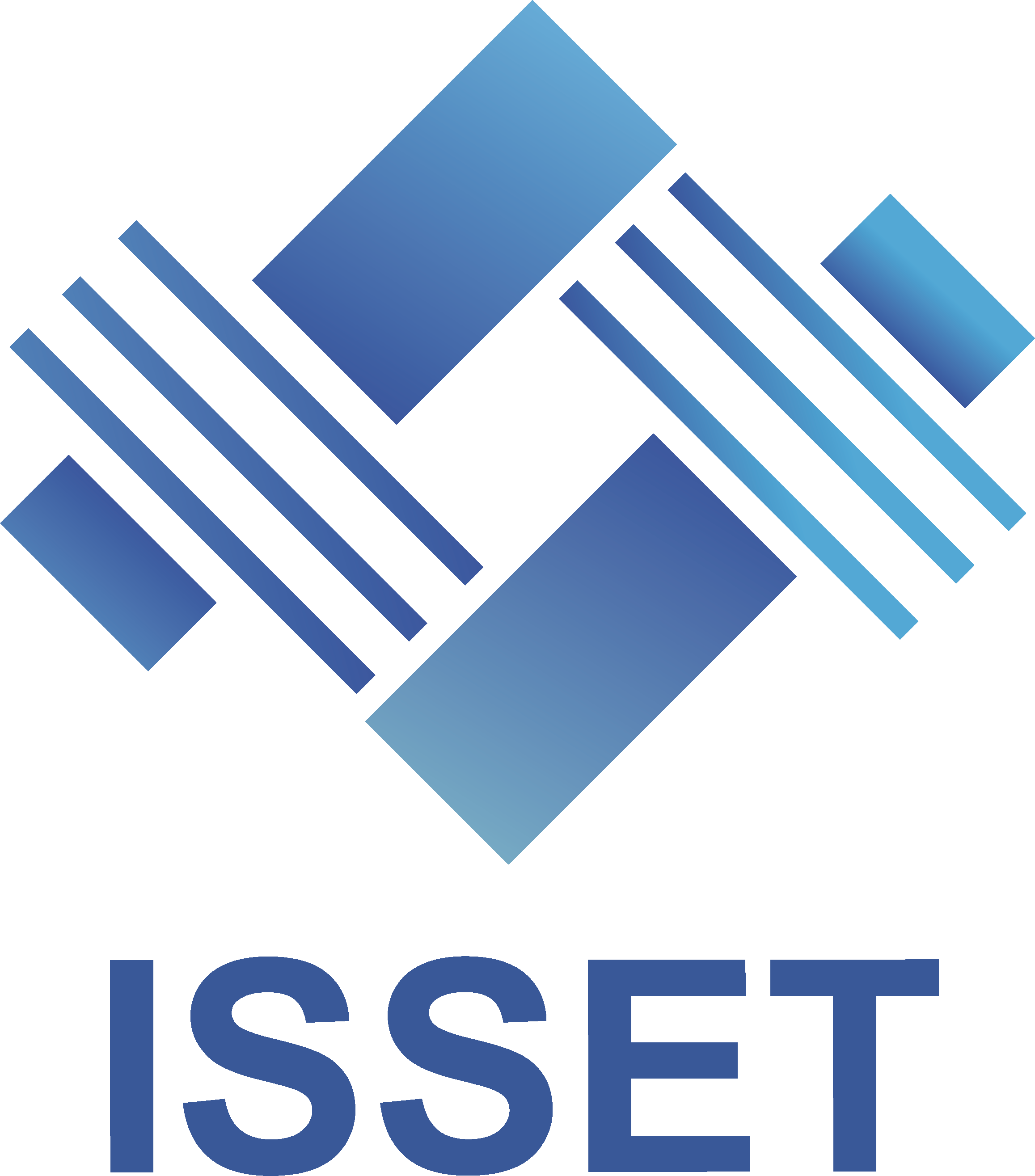 Abstract: Ferroelectric (FE) materials have recently emerged as promising materials for making self-driven ultraviolet (UV) photodetectors owing to their wide bandgaps and photovoltaic effects.[1,2] However, FE-based photodetectors generally exhibit a poor performance due to the weak effect of ferroelectric depolarization field (Edp) on the separation of photo-generated carriers. For example, responsivity (R) of these detectors is on the order of 10-7–10-4 A/W [3,4]. Thus, it’s highly demanding to further improve the performance of ferroelectric-based self-driven UV detectors.

Experience: Yunbin He obtained his B.S. degree of Physics and M.E. degree of Materials Science both from Hubei University, China, in 1994 and 1997, respectively. He received his Ph.D. degree (supervised by Professor Bruno K. Meyer) in Materials Physics from the First Physics Institute of Justus-Liebig University Giessen, Germany, in 2003. From February 2004 to January 2007, he worked with Professor Herbert Over as a Postdoc at the Physical Chemistry Institute of Justus-Liebig University Giessen, and later with Dr. Andreas Stierle at the Max-Planck-Institute for Metals Research, Stuttgart, Germany, on oxidization of nanomaterials. Afterwards, he joined Professor Ulrike Diebold’s surface science group at Tulane University, New Orleans, USA, working on oxides surface. Since January 2009, he has been working as a Chutian Scholar Chair Professor at School of Materials Science and Engineering, Hubei University, China.

Prof. He's main research areas include wide-bandgap oxide semiconductor thin films and ultraviolet photodetectors, surface/interface physics and chemistry, and low-dimensional perovskite materials and optoelectronic devices. He has so far published more than 240 scientific articles, among which over 200 papers are in SCI journals, including Nature Mater., Nat. Commun., Phys. Rev. Lett, and Mater. Sci. Eng-R. His papers have been cited for over 4500 times by SCI to date, with SCI-H index of 36. He has applied for more than 60 Chinese and international patents, with more than 40 patents awarded, including one from USA and one from Australia. He has been granted 4 projects from the National Natural Science Foundation of China and several key projects from the Ministry of Education of China and Hubei Province. He was elected in the “Program for New Century Excellent Talents in University, Ministry of Education of China”, and the “Chu-Tian Scholar Program” and "Hundred Talents Program" from Hubei Province, and won the Youth Science and Technology Award of Hubei Province.

Prof. He is a member of Chinese Materials Research Society (CMRS), and Senior Experts Association of Hubei Province. He currently serves as an Editorial Board member for a Chinese scientific journal, Surface Technology. He is also a frequently invited reviewer for over 20 international journals.

Experience: Zhigang Zang received his PhD degree from Kyushu University in 2011. He joined School of Optoelectronic Engineering, Chongqing University as a professor since 2014. His research interests mainly focus on the synthesis of II-VI, III-V, perovskites semiconductor materials and their applications in solar cells and light emitting diodes.

Abstract: In recent years, TMDs have extensive application prospects in the fields of nanoelectronic devices, optoelectronic devices, energy and catalysis due to their unique structure and novel physical properties. However, the structural evolution mechanism of TMDs materials has hardly been explored. In this work, the scanning transmission electron microscopy (STEM) was used to study the structural evolution in PtSe2

We combine atomic resolution STEM and DFT calculation to study the behavior of interlayer stacking orders and interlayer rotations in bilayer PtSe2. The stacking sequences and twist angle in bilayer PtSe2 was fully investigated by atomic resolution in situ STEM. The results show the diverse and dynamic features of bilayer PtSe2 structures which can be observed and directly tuned under electron beam illumination. DFT calculations reveal a small energy barrier (<0.2 eV per formula unit) for the kinetic evolution of interlayer structures. In conjunction with DFT calculations, the step of transition process has been identified. In the transition process of the interlayer angle, it is found that with increase of the electron beam irradiation time, the twist angle between the two layers of PtSe2 decreased. Furthermore, the linear relationship between twist angle and time was established.

This work revealed the phase transition and interlayer structure transition mechanisms of PtSe2 at atomic scale, which may have guided significance for the use of structural engineering to control the performance of PtSe2.

Experience: Junjie Qi is the full Professor of University of Science & Technology Beijing, China. She received her Ph.D. degree from Department of Materials Science at University of Science & Technology Beijing in 2002. From Jan. 2003 to Dec. 2004, she had been with the Tsinghua University, where she was a Post-Doctoral researcher. She joined the Device Research Laboratory in Electrical Engineering Department at University of California, Los Angeles as a visiting scholar through Dec. 2013 to Dec. 2014. She is the author of more than 150 publications including “Nature Communications”, “Advanced Materials”. Her current research interests include semiconductor nanomaterials, electronic and opto-electronic properties and devices of low-dimensional materials.

Experience: Dr. Zhou Wenli is a professor and doctoral supervisor of Optical and School of Electronic Information, Huazhong University of Science and Technology and Wuhan National Research Center for Optoelectronics. She graduated from the Micro/Nano Systems Laboratory of the Department of Engineering for Automation and Computer Aided Engineering, the Chinese University of Hong Kong in 2004 with a PhD in Engineering, and continued to engage in postdoctoral research from 2004 to 2005. She was employed as visiting scholar at the UCLA Microsystems Laboratory from 2014 to 2015. She has been engaged in the research of novel micro and nano electronic devices and integrated circuit system for a long time，published more than 80 papers in the Applied Physics Letters, Scientific Report, IEEE J MEMS, ACS Applied Nanomaterials, IEEE ACCESS, Computer Commnications et al, and authorized the national invention patents and integrated circuit layout and design exclusive rights of more than 30, as well as 2 international patents (PCT) (1 authorization). Her recent research interests are carbon-based new devices, integrated circuit chips, and AI systems. She is a board member of Devices and System Branch of China Instrument Association, and a board member of Wuhan Federated Branch of Circuit and System / Electronic Devices / Solid-state Circuit Association of IEEE. She also serves as the expert reviewer of various national, provincial and municipal science and technology innovation plans such as national Fund, key Research and development plan / major research plan of the Ministry of Science and Technology, talent plan of the Ministry of Education, intergovernmental cooperation plan and other projects.

Abstract: As a topological insulator, Bi2Te3 with the layered crystal structure and a narrow bandgap (0.165 eV) has attracted great attention to its applications in photodetectors, and is anticipated to substitute the conventional InGaAs, HgCdTe, type-II superlattice for the photodetection in the infrared region. Besides, it exhibits good compatibility with many conventional substrates and the other 2D materials for the integration of broad-band photodetectors. Preparation of large-size 2D Bi2Te3 materials is the crucial to achieve high-performance broad-band photodection device integration. Here, 2D Bi2Te3 single-crystal materials with a size of about 270 μm were successfully prepared by chemical vapor deposition(CVD) technique, which is significantly larger than the size reported in the literature. Additionally, in 2D Bi2Te3 single crystal material growth process, the small single crystal - thin film - large single crystal evolution was observed, which was a consequence of the growth rate being smaller than the etching rate. Combined with extensive growth experiment data, a possible growth mechanism of 2D Bi2Te3 large-size single crystal material is proposed.

Experience: Prof. Jinzhong Wang received his Ph.D. degree at Jilin University in 2002. After graduation, he  worked on wide-band-gap at French CNRS, Portuguese Aveiro University and New Lisbon University, respectively. Since 2009, as an overseas talent, he has worked at School of Materials Science and Engineering, Harbin Institute of Technologuy, furthermore received the New Century Ourstanding Talent title from chinese Ministry of Education in 2010. Currently he has been mainly engaged in the research work of optoelectronic information materials and devices under the support of National Key R&D Program, National 863 Program, National Science and Technology Program, and so on. More than 100 SCI papers had been published, and cited more than 1600 times.